I’ve always been drawn to animals, and I’m usually excited when they seem drawn to me too. But not all the time.

During my training at the Association for Yoga and Meditation, I was always delighted to watch the langur monkeys playing in the ashram trees. 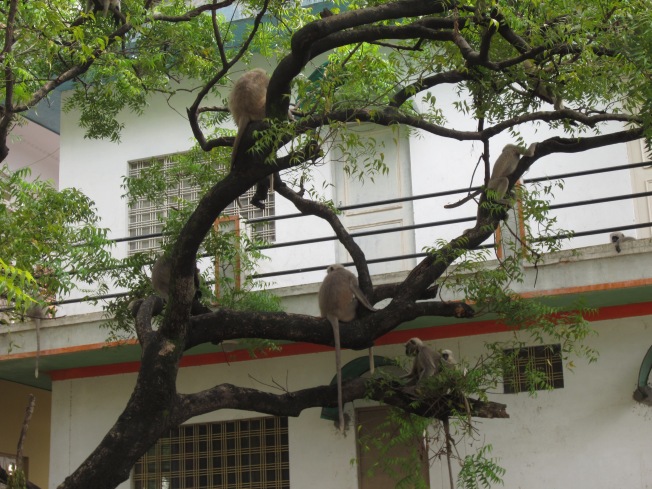 Does your yoga class include monkeys?

I was even more excited when they would occasionally make an appearance in yoga class itself. 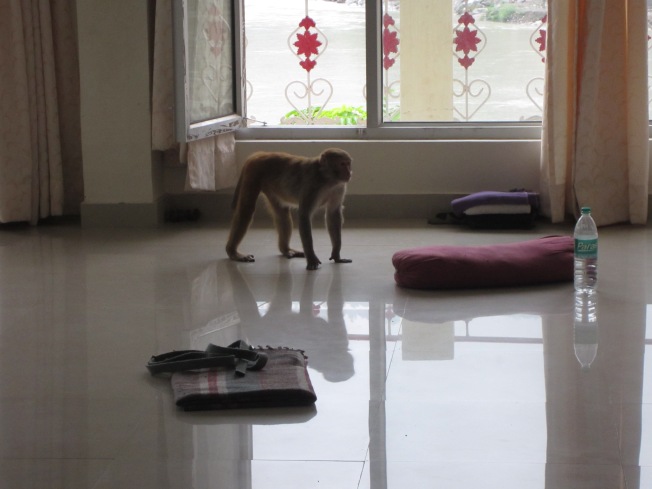 While the monkeys mostly kept their distance, a few other creatures decided they wanted to visit with me personally.

During my time at the ashram, I stayed in a small bedroom on the main floor, half-way between the bustling village outside and the holy Ganges River down the stairs in the backyard.

My mornings were fairly routine. My alarm rang around 5:45 a.m., I would then drag myself out of bed, pull on my yoga clothes, grab a snack and walk sleepily across the hall to 6 a.m. pranayama (breathing) practice.

One day I got up as usual, grabbed my yoga pants off the chair and got dressed. But as I continued getting ready, I noticed a slight scratching sensation in my pants between my legs. In my half-awake state, I didn’t think much of it. But as I continued, pulling on my t-shirt, putting my hair up and grabbing a handful of the trail mix I usually kept on my nightstand, the scratching did too.

Finally, I put my hand below to “adjust” and was surprised to find a strange lump under my pants. In my groggy state, it took me a few seconds to realize what was going on. And when I did, I screamed, yanking my pants off as quickly as possible. My jaw dropped in disbelief as I watched a quarter-sized cockroach scurry away.

Let me tell you, nothing wakes you up quite as effectively as discovering a cockroach in your pants!

The very next day, I got up as usual, checking carefully inside all my clothes making sure there were no additional new friends creeping around. Luckily, the morning went smoothly.

It wasn’t until after breakfast when I went back to my room that I discovered this next to my bed: 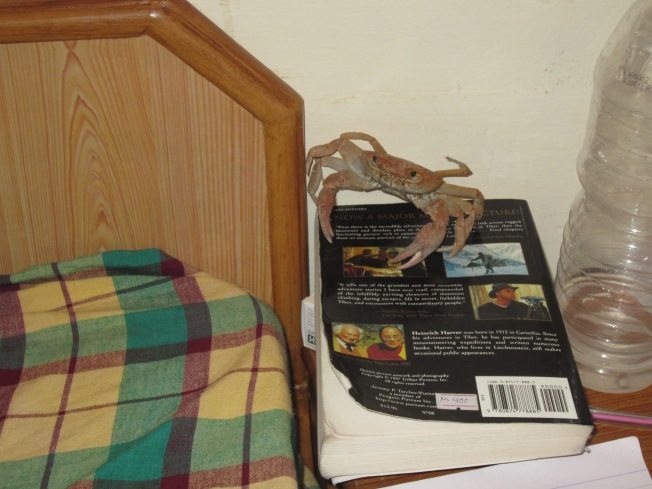 Yes inches away from my pillow, less than a foot from where I rest my head at night, stood a six-inch wide crab, about the size of one of my hands. How long he had been in my room and what he planned to do now that he was there was beyond me, (though I think my snacks may have had something to do with it).

This time, I didn’t scream. I did, however, request help. The next thing I know, one of the AYM staff is chasing the little critter around my room with a broom stick, in a fairly entertaining cat-and-mouse routine. Finally, my classmate Janica stepped in to personally return the crab to his home, presumably back to the Ganges. 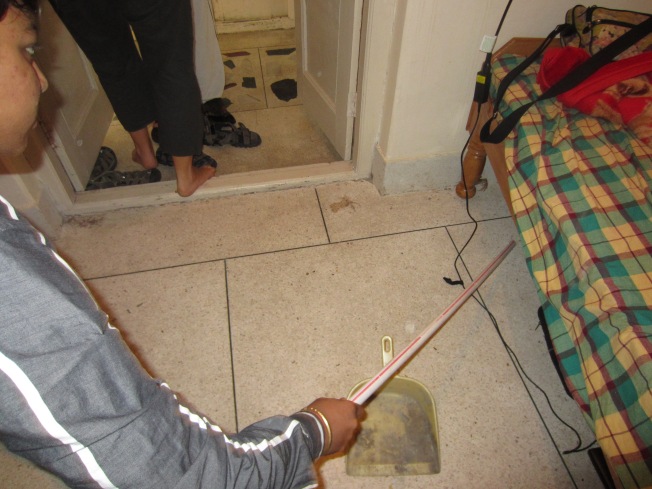 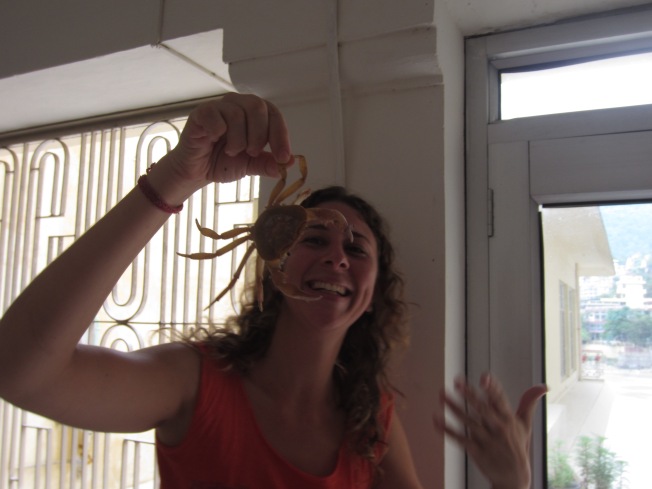 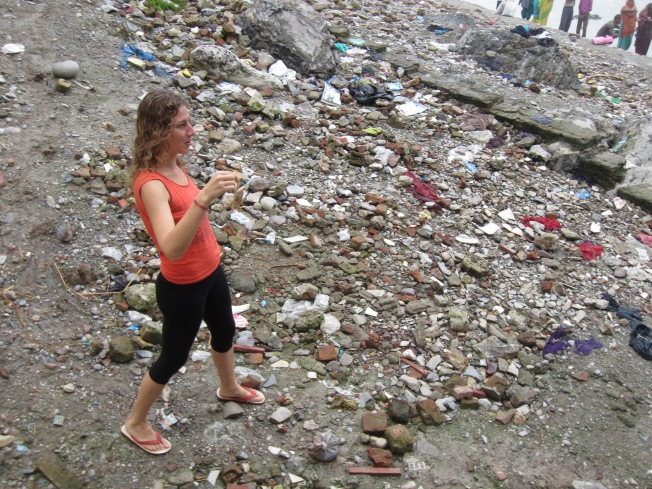 The journey to the Ganges 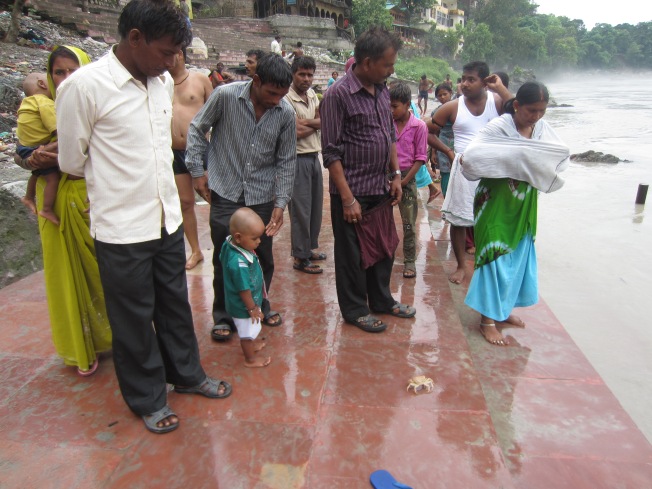 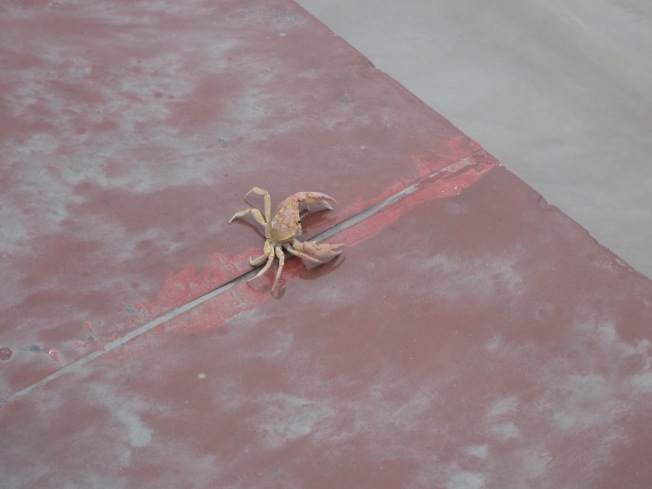 In hindsight, perhaps keeping snacks exposed in a hot, crowded climate near water was not one of my smarter decisions. Though, honestly, I think I’m lucky I faced the smaller critters instead of the monkeys ;).