Much to my father’s frustration, I’m not food adventurous.

This sort of limits my sustenance options when traveling Asia (and is probably why I will never get my own travel show :/).

That being said, I certainly have observed a lot of strange foods here, particularly in Laos, and have had one close call almost eating something I really did not want to try…

My second day in Vang Vieng, my German friend Marcel and I decided we would go explore one of the caves nearby. As we headed toward the entrance, we saw a row of women selling what looked like grilled honeycomb.

“I love honey,” I thought. “What a great chance for me to try local Laos food!”

Apparently, Marcel was thinking the same thing, so we both headed off to buy one.

Wrapped in pandanas leaves, straight from the grill, this new dish looked pretty good. But as Marcel slowly started to unwrap the honeycomb, I looked back at the grill and noticed something strange: there were bug larvae on top of those honeycombs.

Shocked, I looked at the grilling lady and pointed, trying hard to physically communicate the fact that her food was essentially covered in maggots. Seeing my reaction, she too communicated without words: she picked one up and popped it into her mouth.

As I turned back to Marcel, we began to look more closely at our snack. Instead of honey, we found that every single hole was filled with bug larvae! In fact, some of them were still wriggling around!

That was pretty much game over for me. Marcel, however, after his one bite, informed me the bug babies had an interesting nut flavor (he would not learn until later that many of them were still alive).

Please enjoy a lovely photo essay of our find plus a few other curious, apparently edible, things I’ve found around Laos.

There are no words. 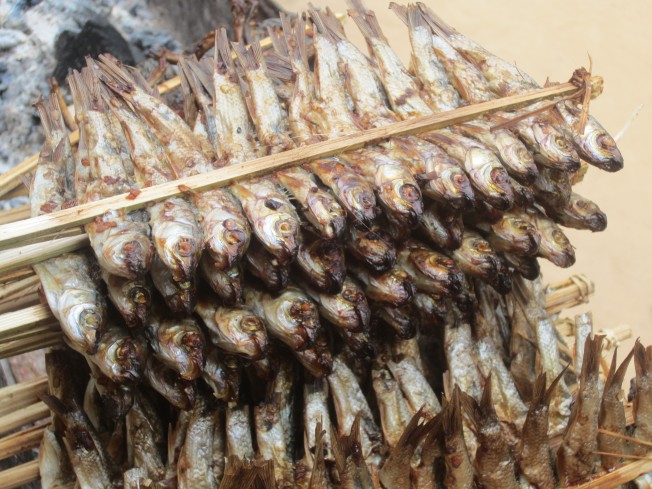 Little fish on a stick in Four Thousand Islands 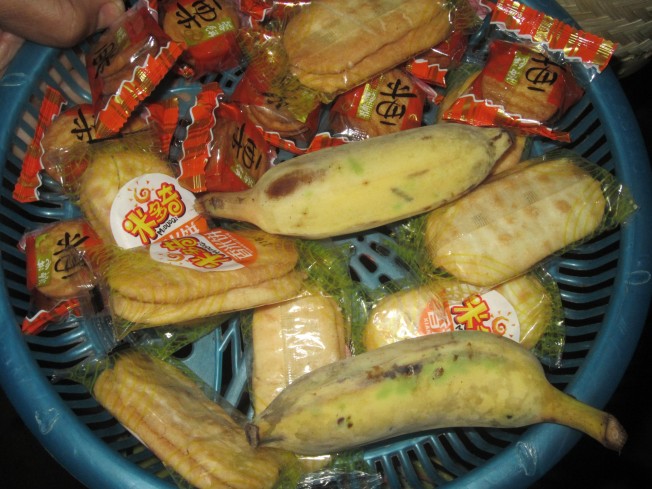 Alms made to monks in Luang Prabang 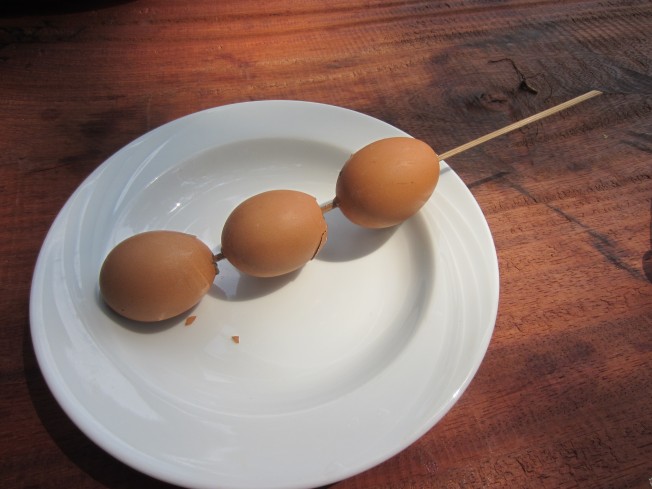 Strangely, these eggs had no yolk in them...